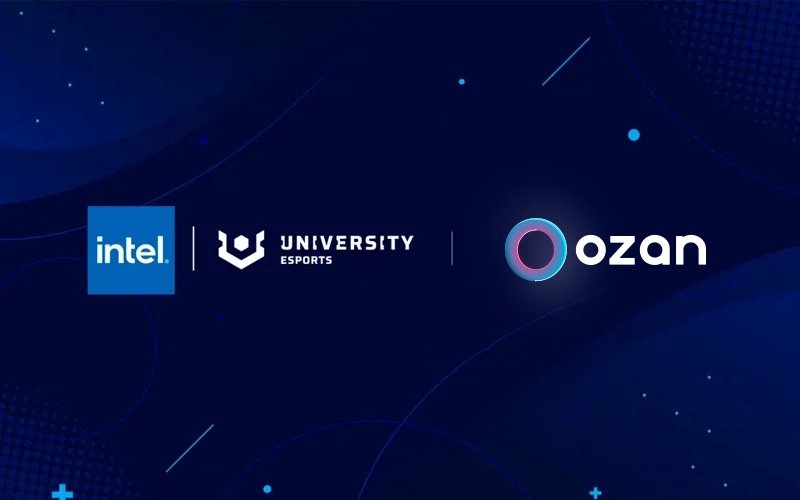 Launched in February 2021, Ozan SuperApp has become the award sponsor of Intel University Esports, the first Esports organization to be held in Turkey.

The national operations of the University Esports project, organized by GGTech in 26 countries, will be carried out in cooperation with Turkey-based gaming and esports agency Gaming In Turkey as of this year.

University Esports, a video game tournament league where the best gamers from each university compete for the national championship as a team, offers a new perspective on the amateur esports scene. More than 2000 gamers from 128 universities are expected to compete in the tournaments to be held within Intel University Esports Turkey. The main goals of Intel University Esports Turkey are to consolidate cooperation in esports, develop the skills and creativity of gamers, and create a university community that strengthens the values ​​of competition with a passion for esports in order to contribute to the personal and professional development of university students. In tournaments to be organized within this scope, students will compete with each other in popular games of the gaming and esports world. Tournaments of popular games such as League of Legends, Wild Rift, Valorant, and Teamfight Tactics will be held as part of the organization.

The qualifying round of the League of Legends tournament, organized within Intel University Esports Turkey, is ongoing. The students competing in the tournament dream not only of winning the grand prize but also of being qualified for the University Esports Masters (UEM) European league, which is the next step of the tournament. The champion of Turkey will be determined after the semi-final games on May 11 and the final games on May 12. The champion will have the chance to represent their university and Turkey in the games they will play against other universities from all over Europe.

The semi-finals and finals of the tournament, which will be full of highly ambitious and exciting competitions, will be held and streamed live on Intel University Esports Turkey’s Twitch channel.

The registrations for the Intel University Esports Turkey tournament have kicked off and will continue until May 14. The team and the university that will be the champion of the tournament will have the title of “Turkey’s First Valorant Inter-University Champion”. This tournament has a special place for Turkey since it is a first in the country.

A prize of ₺100,000 will await the students in the prize pool of the tournament. Ömer Suner, CEO of Ozan SuperApp, which is the award sponsor of the tournament that the gamers and the esports world are eagerly waiting for, said the following about these tournaments, which offer students the opportunity to play in professional leagues and make a career in this field:

“We kicked off our activities soon after implementing the ‘Ozan Mode: ON’ that we created for the esports and gaming world. In the coming days, we aim to mark many innovations in this field in addition to our collaborations with the best gaming and esports teams in Turkey and the world. For this reason, we are very happy to be the award sponsor of Intel University Esports, which will take place for the first time in Turkey. Thanks to this large-scale organization, thousands of university students will have the opportunity to make a career while also having the opportunity to get to know Ozan SuperApp better. Once again, we are very proud to be working with Gaming in Turkey, which hosts this valuable event where the best brands of Turkey and the world are among the sponsors. On behalf of the Ozan SuperApp family, I would like to thank them once again for this important organization. As Ozan SuperApp, we will continue to mark many innovations in addition to being actively involved in the world of esports and games.”

Ozan Aydemir, CEO of Gaming in Turkey, a leading agency in the gaming and esports world that brought the Intel University Esports Turkey tournaments to Turkey in cooperation with GG Tech, said:

“We believe that this project, which we started with strong partners in order to provide more opportunities to university students, will greatly contribute to the improvement of esports. With the activities to be held throughout the year, we now have the opportunity to regularly compete in the European and World championships alongside the university tournaments that our youth was longing for.”

In this scope, Ozan SuperApp supports esports and students as the official award sponsor of Intel University Esports Turkey tournaments. Ozan SuperApp aims to constantly support the youth and gamers with its investments in the gaming industry.